Keeping up with their tradition of bringing exciting and fun exhibits to Fort Wayne, Science Central is opening the doors on their next traveling exhibit - "Electricity". Presented by BAE Systems, "Electricity" will explore the fundamental scientific principles behind electricity through high-engagement, hands-on units. "Electricity" was developed in Philadelphia, Pennsylvania by the Franklin Institute - the very same city that Benjamin Franklin flew his kite! The Franklin Institute designed the exhibit in a way that lets visitors safely examine concepts such as static electricity and live current, motors, batteries and wires, attraction and repulsion, sparks, charge and discharge, voltage, AC and DC, magnetic fields and magnetic motion, lights, telegraphs and transmitters, plus many more electrifying ideas! According to BAE Systems and Science Central, learning these concepts is important for everyone, but especially the younger generation. Science Central Executive Director Martin Fisher really believes in that sentiment: 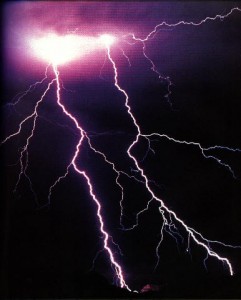 "Electricity is one of the most basic scientific principles that impacts us every moment of every day...By learning how electricity is made and harnassed for everyone to use, we hope to give everyone a better understanding of how important electricity is to all of us." As an added treat to the "Electricity" exhibit, there will be artifacts on hand from the work of Philo T. Farnsworth during his tenure here in Fort Wayne. For those not familiar with the name, Philo T. Farnsworth is credited as being the inventor of television and spent many years working in Fort Wayne for ITT (which is now Exelis). "Electricity" is open now and runs through January 5, 2014, so go on over to Science Central to see what all of the buzz is about! If you want more information, check out Visit Fort Wayne, or Science Central's website.
Author