And All the (Town’s) a Stage

Fort Wayne has a substantial history of performance venues, from concert halls to close, comfortable stages that invite children to engage and participate. Here are some of the best places to see a stage production right here in the Summit City: 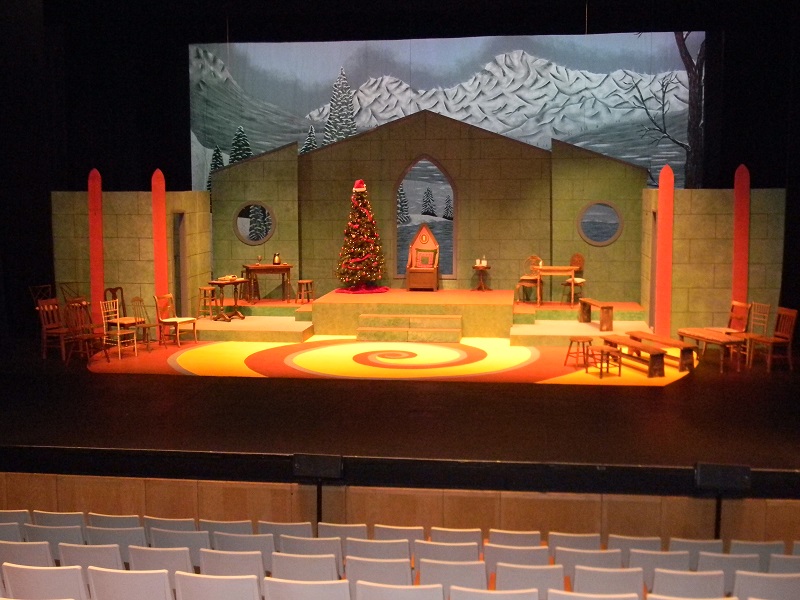 300 E Main St #100, Fort Wayne, IN 46802
Home to Philharmonic concerts, the Fort Wayne Ballet's "Nutcracker," Fort Wayne Youtheatre performances, and many other events, the Arts United Center has seating for about 660 people. The best part of going to a production in this traditional theater is that the aisles between seats are wide and the chairs are comfortably far apart, so you don't wind up with your elbow in the next person's shoulder. Small children respond well to this theater, too - during especially late productions, more than one has taken a nap on a coat or blanket while the rest of the family enjoys the show. If you're there for a Philharmonic concert, don't be afraid to take a close-to-the-front seat - you'll be able to see the orchestra, not just a bunch of socks and shoes. 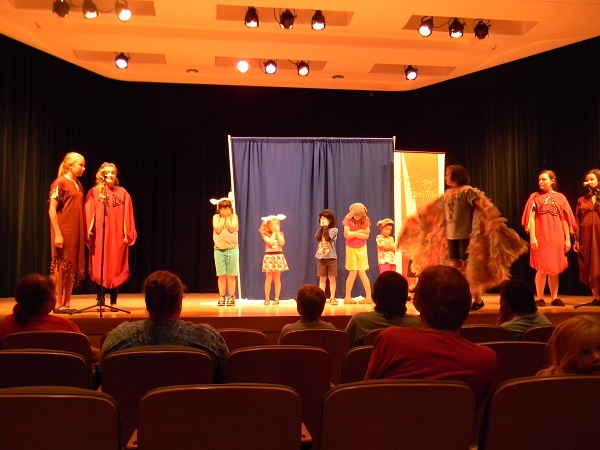 The Main Branch of the Allen County Public Library has a tidy theater on its' second level basement. Bright, honey-colored wood walls march towards a fairly low stage that has no curtains. This stage has, in the past, hosted everything from the ACPL's Poetry Contest celebration to musical concerts and plays from the Fort Wayne Youtheatre and All for One. The theater holds up to 230 people, and has slanted ramps on either sides of the seats, rather than stairs. Part of the seating is on risers, and the rest is on a gradually sloped floor. This theater is cozy, so that the audience can be a part of the presentation but never an intrusion. As an added bonus, if there is a reception afterwards, the large hall outside the theater usually has a display on glassed-in shelves, so you can munch and explore at the same time.

Before this became the stage of the University of St. Francis, this was the Scottish Rite Center. Construction of this theater began in 1924, and it is still a beautiful place with wide, curved seating around a low-to-the-floor stage. The auditorium has room for more than 2,000 people. High, white walls and geometric architecture fill the seating area of the theater, giving it a sense of wide-open space while draperies surround and low steps lead up to the stage. Take a close look at the ceiling - you'll want to explore the flaming sun design up there, too. Another home to varied performances, the Goldstine Performing Arts Center has hosted everything from the IPFW/Fort Wayne Community Orchestra and the Fort Wayne Philharmonic to Jesters (an artistic program for people with disabilities) and official University of St. Francis special events. 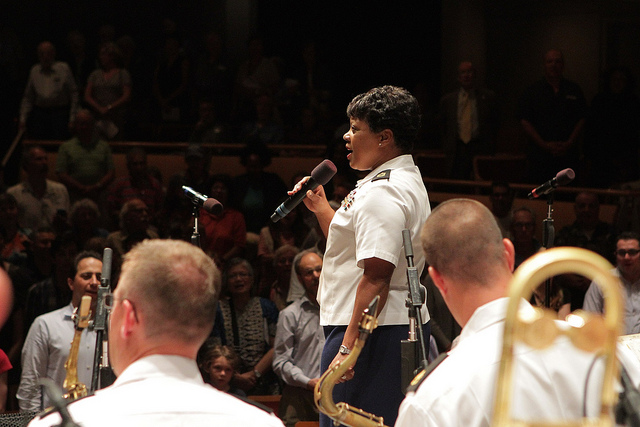 While it now is home to many pop/rock concerts, the Foellinger Theater has also served as the stage for musicals, a fiddle contest, Philharmonic concerts, and movie nights. It is a seasonal stage, with open-to-the-elements side walls. There's just something about sitting in the seats under the deep, high roof, with the lit stage in front and the crickets singing through the open sides of the theater. This theater seats 2,386 people. It's a good way to wind down on a warm evening, seeing little wisps of sky change from summery azure to dusky pink and midnight blue. It's a good time to be in the city.
Author

Louisa is a lifelong Fort Wayne resident. A long-time musician and literature aficionado, Louisa likes to explore the classical music offerings that Fort Wayne has to offer. (She also likes to browse the Allen County Public Library's stacks for just the right book!)